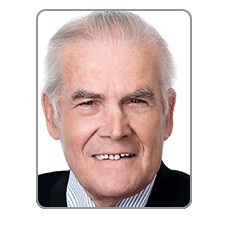 Lorio Roy’s background and professional career have given him many opportunities to expand his knowledge and develop his range of skills, most notably thanks to a series of senior management positions in the public, parapublic and private sectors. Mr. Roy undertook post-graduate studies in the areas of psychology (University of Moncton, New Brunswick) and public administration (École nationale d’administration publique, Quebec). In 2014, the University of Moncton awarded him an honorary doctorate in administration in recognition of his significant contributions within and on behalf of his community.

Mr. Roy’s main areas of activity are as follows:

Throughout his career, Mr. Roy has sought to promote the development capacities of his region. He firmly believes that the entire northern region of New Brunswick has enormous potential and that infrastructure such as the Port of Belledune is a key driver of regional economic and social development. In addition, he has always been actively involved with a variety of community organizations, including the Chamber of Commerce for Greater Moncton, as well as President of the Bathurst College Foundation Inc. and as a board member for various cooperatives and organizations, including the Compagnie des Cent-Associés Francophones.

Mr. Roy was born and raised in Robertville, New Brunswick and is married to Annette Landry. They have two children (Danie and Frédéric), three grandchildren (Émilie, Dominic and Gabriel) and one great-grandson (Frédéric-René).